It is with a heavy heart that we announce the cancellation of Blue Note JAZZ FESTIVAL in JAPAN 2017 at Yokohama Red Brick Warehouse on September 23 & 24.

Due to the sudden illness of Donald Fagen, he is unable to perform with his band, Donald Fagen & The Nightflyers, and their upcoming shows in Japan.

Despite our best efforts, we are not able to go ahead without the 2 days headlining artist. Sincerest apologies to all of you who were looking forward to the festival. Your tickets refund information will be made available on this website on Sep 22.
↓
Refund process instruction for Blue Note JAZZ FESTIVAL in JAPAN 2017
FOR NON-JAPANESE SPEAKER, PLEASE INQUIRE FROM FOLLOWING EMAIL ADDRESS.
bnjf.english@bluenote.co.jp

Once again, we apologize for the inconvenience caused and thank you for your understanding.

※There is a possibility this map will change.

※An additional 500 yen drink charge will be required upon entry.
※No refunds will be given due to changes in the artist line-up.
※Performances will commence rain or shine.
※Please check any additional notices below before purchasing your tickets.

※Only one person admitted per ticket.
※An additional 500 yen drink charge will be required upon entry.
※Reselling and transfers of tickets are prohibited.
※This concert is a festival. The artist roster may change at any time. No refunds will be given as a result of changes in the concert line-up. Thank you for your understanding.
※An artist's stage location of performance may change.
※If the festival must be stopped mid-way due to a natural disaster, no refunds will be given.
※Grade-school age children and younger are admitted free of charge limited to the standing area and must be accompanied by their parent or legal guardian at all time.
※Parasols, tarps, tents, chairs, coolers, skateboards, selfie-sticks, fireworks, firecrackers, dangerous goods, glass bottles, cans, laser pointers, pen lights, professional cameras and recording equipment, anything that could inconvenience nearby guests is strictly prohibited.
※The event space is shared by many guests. Anyone in or near the event space who causes disruptions or fails to comply with the orders of the event staff will be forcibly removed. No refunds will be given under these circumstances.
※The event promoters, staff, and artists are not responsible for any injuries, incidents, or theft that may occur.
※Please be responsible for your own belongings and keep them with you at all times.
※Damaged or torn tickets cannot be reissued.
※Before purchasing tickets, please consult the information and notices on the homepage.
※Damaging trees or plants nearby the event area, drinking or dancing outside the event area in a way that inconveniences guests, or swimming in the ocean, which is dangerous, are strictly prohibited.
※Camping out around the event area is prohibited.
※Illegal parking, etc. that inconveniences nearby facilities or residents are strictly prohibited.
※Please throw away your trash and recyclables in the designated containers.
※The event area is no-smoking. Smoking-booths are available on the premises. Please refrain from smoking in non-designated areas in or outside of the event area.
※Any and all dangerous activities are prohibited within the event area. Event promoters, staff, and artists are not responsible for any incidents or injuries that may occur as a result. Anyone committing such acts will be forcibly removed from the premises.
※Please refrain from using umbrellas or parasols in the event area. In the event of rain, please bring a raincoat, etc. as an alternative to umbrellas. 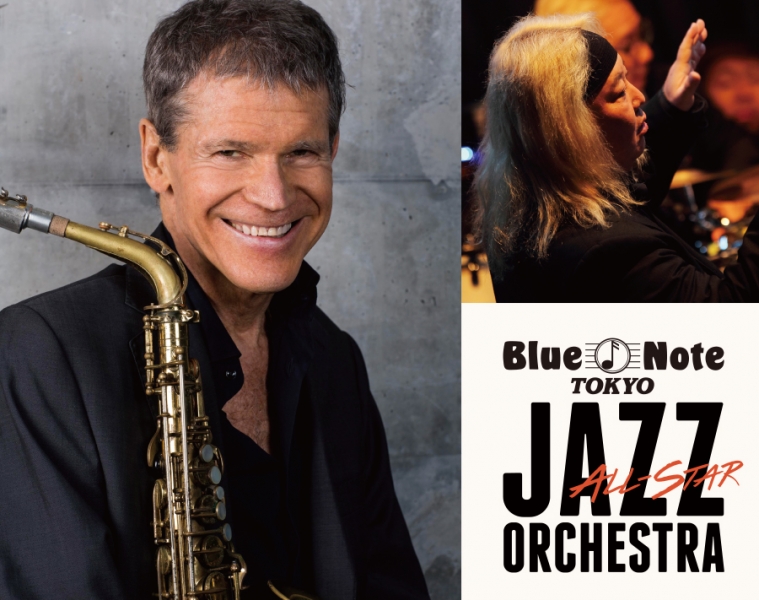 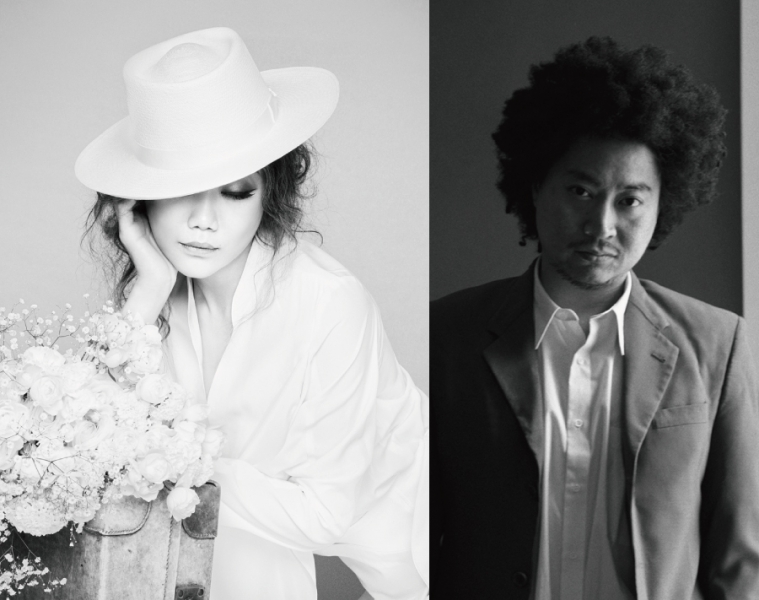 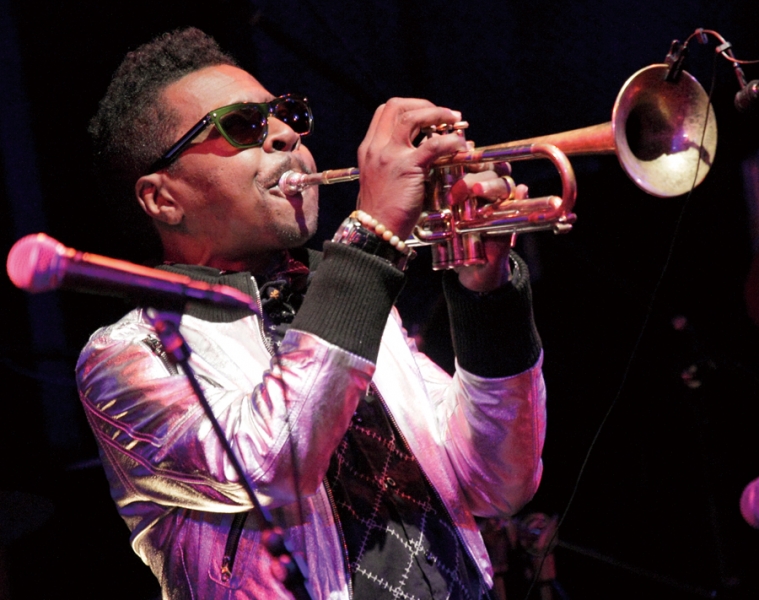 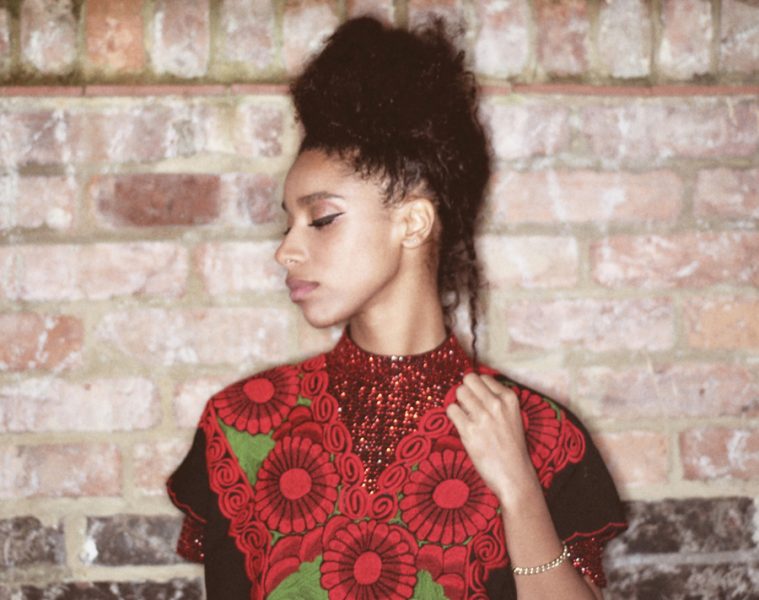 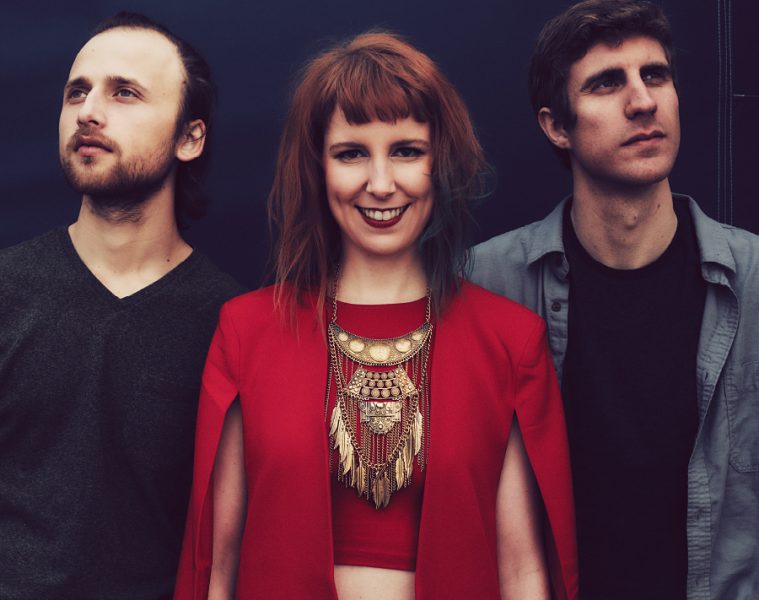 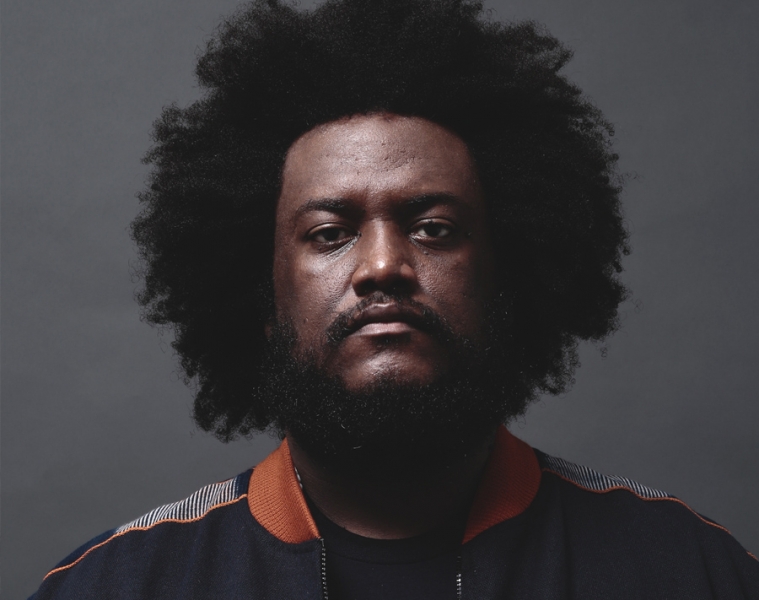 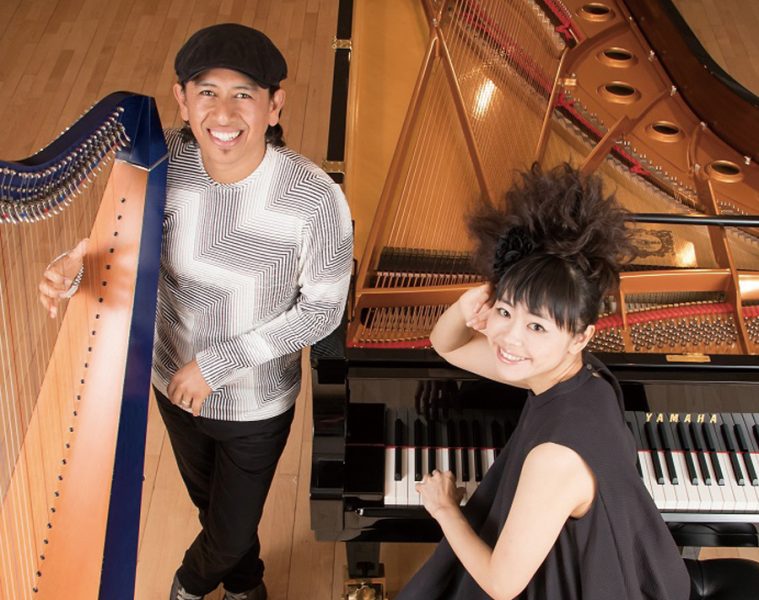 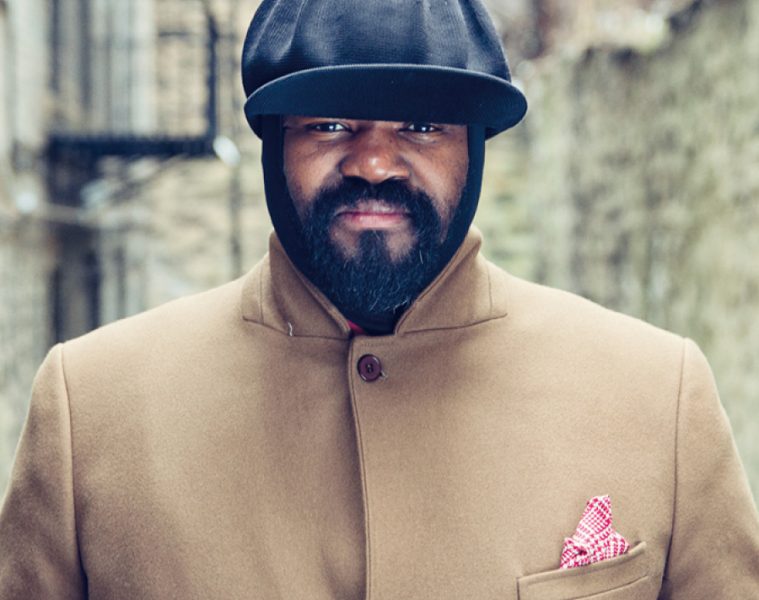 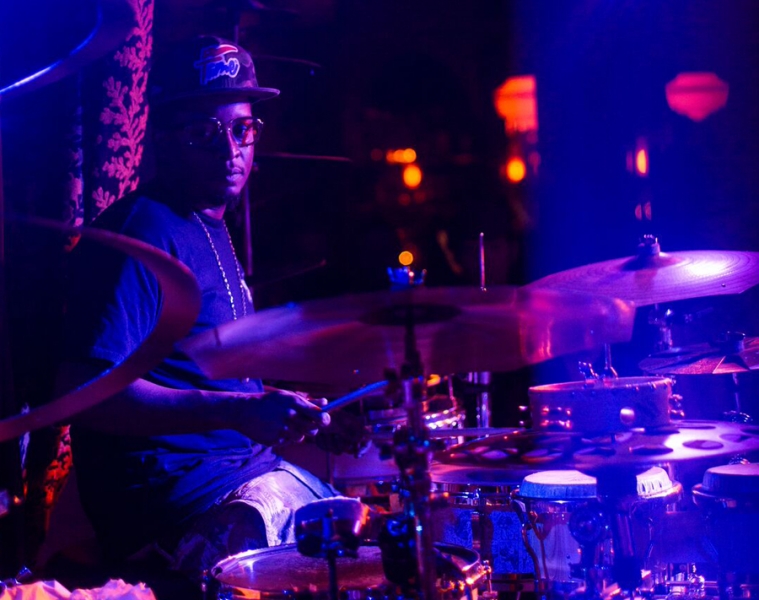 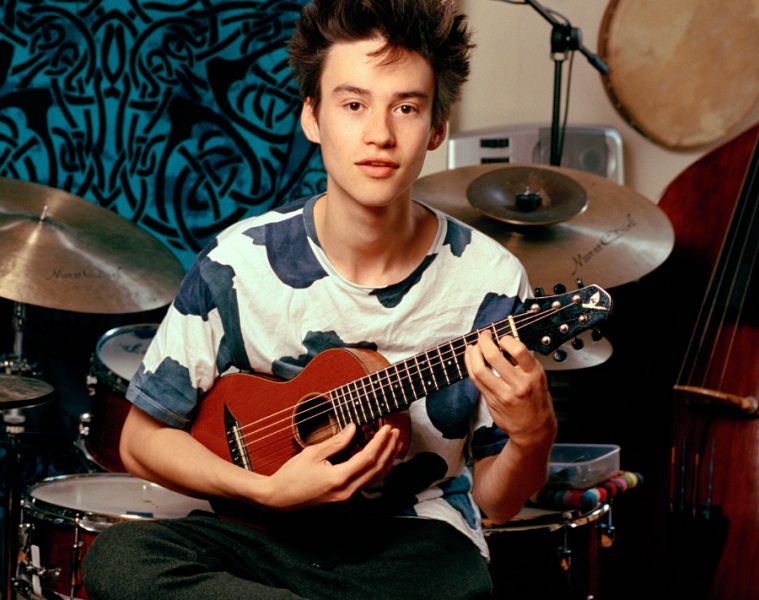 On the Corner
(Entrance Free Area) 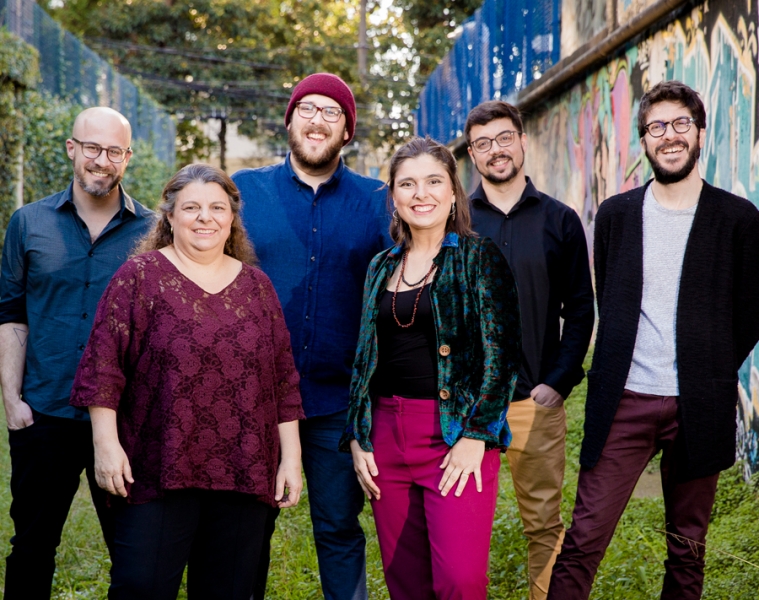 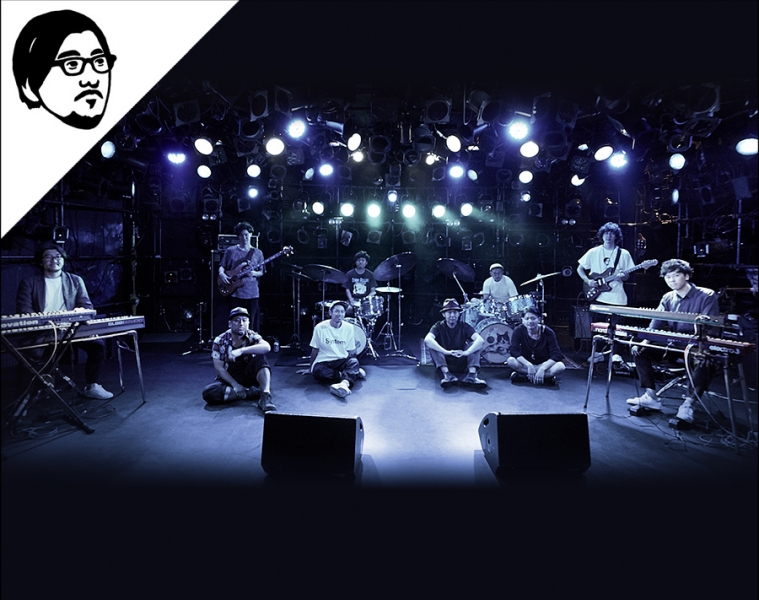 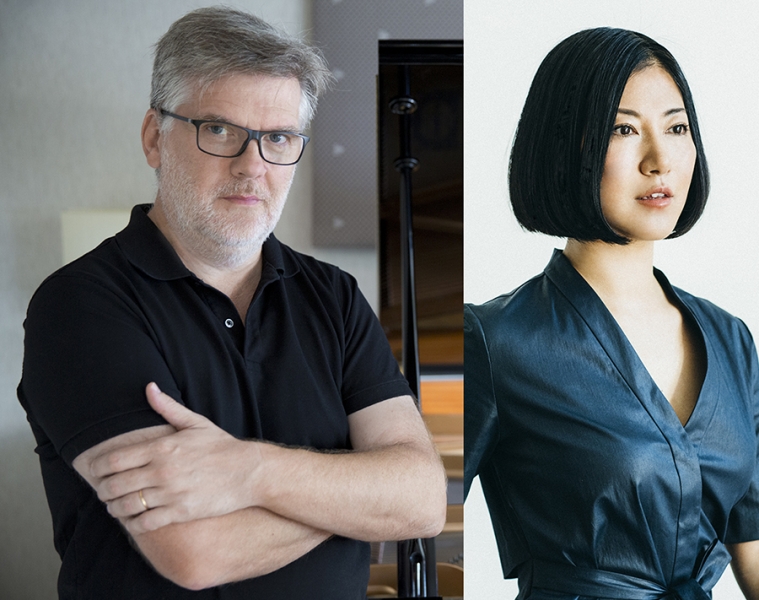 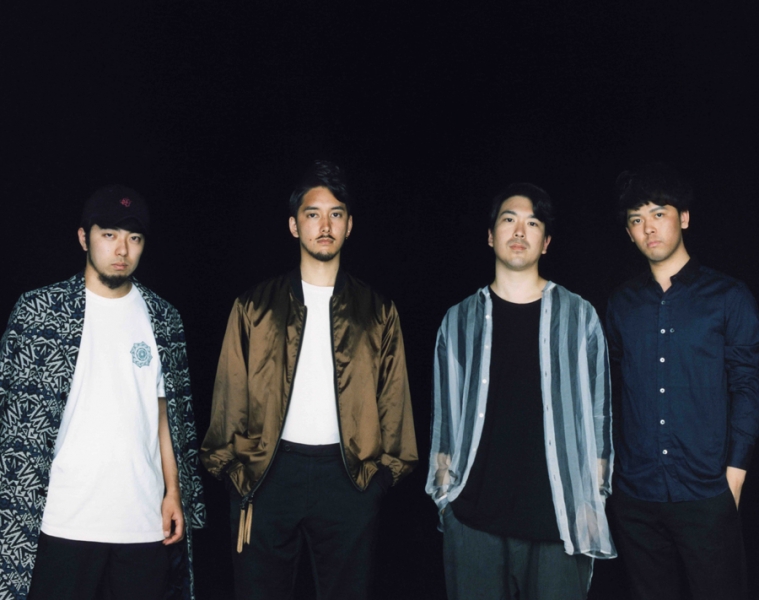 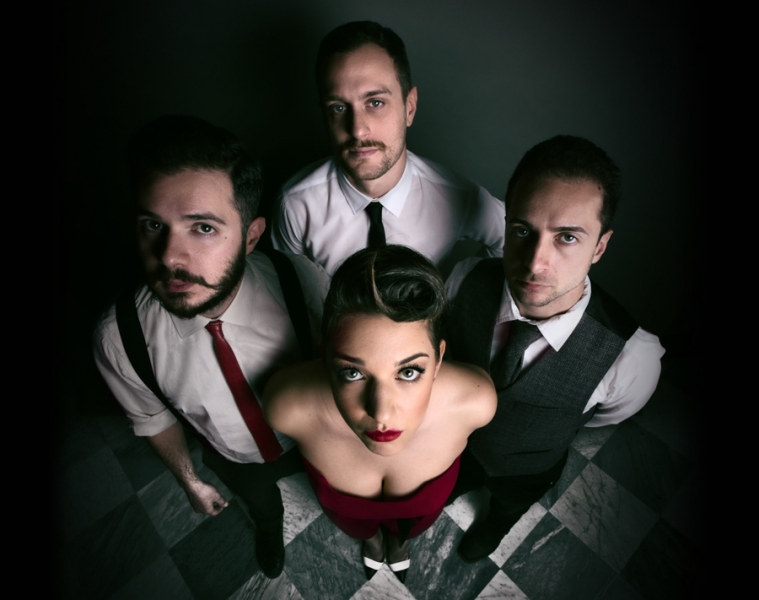 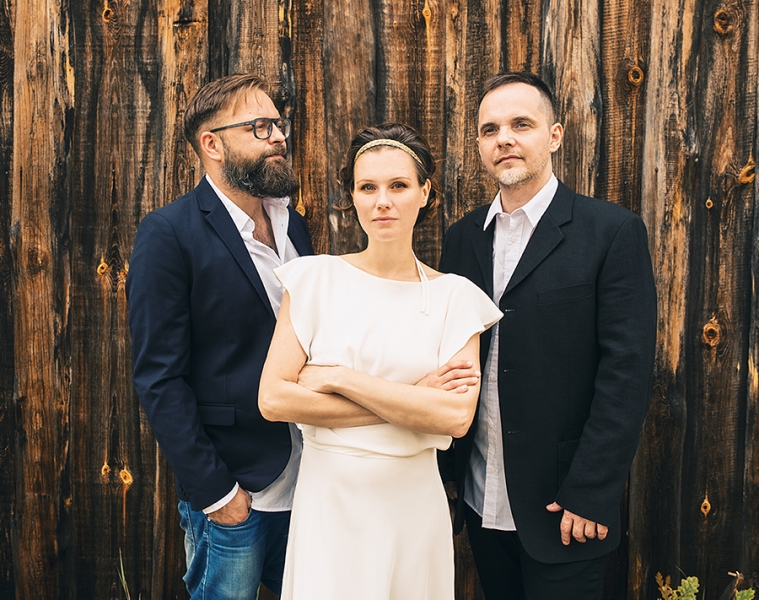 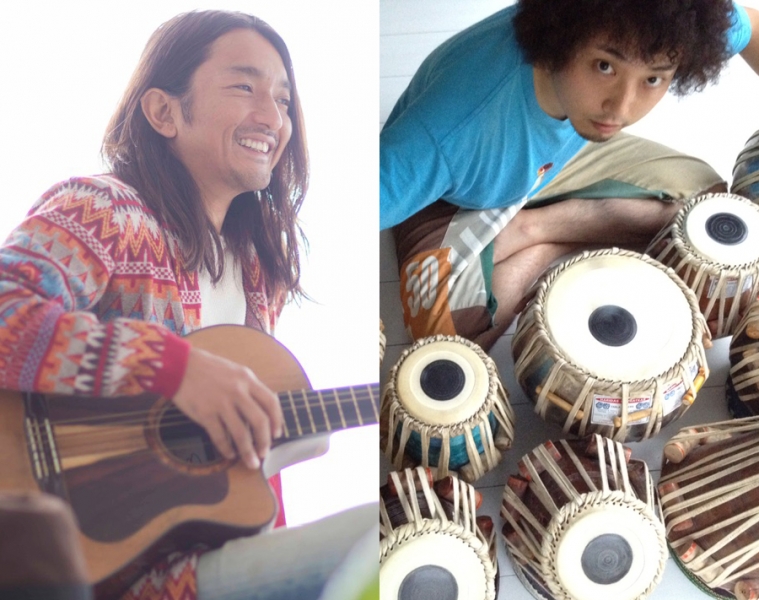 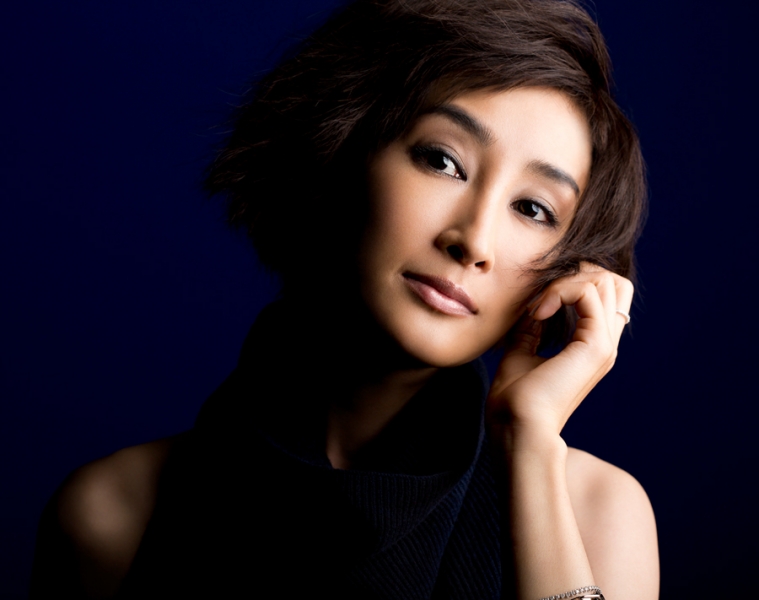 Blue Note JAZZ FESTIVAL has become one of the summer traditions of NYC and has transformed as an outdoor festival "Blue Note JAZZ FESTIVAL in JAPAN" (BNJF) in 2015, celebrating 3rd year anniversary this year. For the first time, it will be held for two days having Donald Fagen as the headliner for both dates. This will also be the very first time he will headline at a music festival with his solo project in Japan.

Other lineup includes duet of Hiromi and Edmar Castaneda who performed at the "Blue Note JAZZ FESTIVAL 2017" in NYC, Jacob Collier who has gained the worldwide attention for his jaw-dropping performance, Kamasi Washington who leads the current Jazz scene, Grammy Award-winning singer Gregory Porter, and many others.

Festival location provides splendid bayarea scenary of Osanbashi Yokohama International Passenger Terminal and the Yokohama Baybridge. Why not experiences the unforgettable moments by surrendering yourself to music while feeling the sea breeze?

ABOUT TICKETS
Where can I buy ticket(s)?
For details, please go to:
→
https://sell.pia.jp/inbound/selectTicket.php?eventCd=1717569&rlsCd=008&langCd=eng
Is it possible to get refund after purchasing ticket(s)?
No refunds or exchanges of purchased tickets. Due to the nature of the festival, line-ups are subject to change and/or cancel at any time, however tickets are not subject for refund.
I have not received the ticket(s) yet. Where is it?
Please check the purchase date and contact the ticket supplier you have purchased ticket(s) from.
I lost/damaged my ticket(s). Can I get them reissued?
Tickets are handled in the same way as cash vouchers and will not be reissued under any circumstances even with the proof of purchase (ticketing certificate, receipt, etc). Please handle your ticket(s) with care until the day of the event.
Is there an age limit?
None. Grade-school age children and younger are admitted free of charge only to the standing area and must be accompanied by their parent or legal guardian at all time.
I accidentally took/cut off the wristband. Can I get a new one?
We will NOT reissue the wristband under any circumstances. Please note that you won't be able to re-enter the premises without the wristband. Please handle with care and DO NOT REMOVE or DAMAGE until the end of the festival.
ON THE DAY OF THE FESTIVAL - ABOUT THE VENUE -
Do you have a list of what is NOT allowed to bring in?
Please see the following list for what is NOT allowed:
Parasols, tarps, tents, chairs, coolers, skateboards, selfie-sticks, fireworks, firecrackers and any other exposive substances, glass bottles, cans, lazerpointers, pen lights, professional cameras and recording equipment, anything that could inconvenience nearby guests are strictly prohibited.
Is there any luggage storage service available at the venue?
There is no coin locker nor cloak service available on-site. Please manage your personal belongings at your own risk.
Am I allowed to enter even when performance has started? If I leave the venue, am I allowed to re-enter?
By presenting the wristband to the festival staff at the entrance, you may freely enter and exit the venue at any time.
Is smoking allowed in the venue?
Smoking is prohibited in the venue, except for the designated smoking booth. Please respect others and keep good manners by smoking only in the designated smoking booth. Also please smoke only in the designated area even outside the venue.
Is it possible to record and film live performances in the venue?
Filming and/or recording the artists with professional cameras such as single lens reflex cameras, video cameras, recorders, etc., are strictly prohibited. If such behavior is found, your equipments will be confiscated and you will be escorted out the premises. Also please understand that some artists may prohibit filming and/or recording even with your own smartphones, compact digital cameras (non-single-lens eyes), etc., without prior notice.
How can I get to the venue?
Yokohama offers various methods of transportation to help you get to the venue.
For more details → http://bnjf2017.bluenotejapan.jp/access/
Is there parking available the venue?
There is no parking lot dedicated to festival guests. Nearby parking lots and roads are crowded on weekends, so we ask that you refrain from driving and instead come via public transportation.
In case of rain, would the festival be cancelled?
The festival will be held Rain or Shine. Please note that we may cancel in case of severe and extreme weather such as storm, lightnings and typhoons. Note that there will be no refund under such emergency circumstances that the festvial may have to be discontinued.
May I use an umbrella?
Please refrain from using umbrellas or parasols in the event area. Please be prepared by brining a raincoat, waterproof hat and shoes as an alternative to umbrellas. Bringing hat/cap and towels etc., to protect you from the heat for standing under the sun is also recommended.
Are there seats for wheelchairs?
Those who wish to use the designated area for wheelchair users and the guests accompanied by a guide dog, please contact us by phone in prior to the event date and make necessary arrangements.
*note: please advise us the type of ticket you are intending to purchase ("S" level seat / "A" level seat / standing area), and whether or not you will be accompanied by an attendant or helper. (only 1 attendant/helper can accompany in the designated area. He/She needs to purchase the same type of ticket as the guest with wheelchair)
Contact: Creativeman TEL +81-(0)3-3499-6669
Can I enter with a guide dog?
Yes, you can enter with a guide dog.
However, a pet, such as dog or cat, other than a guide dog is strictly prohibited in the festival area.
Is there a first-aid room?
There is a first-aid room, so customers who do not feel well, please advise to a nearby festival staff as soon as possible. Also, if you find a guests who seems to be sick, please advise the nearby festival staff for any emergency attention.

*The above information on traveling time is without guarantee and may vary depending on the conditions.
*There is no parking lot dedicated o the festival guests. Nearby parking lots and streets will be extremely crowded on weekends, we cannot gurantee you will find a parking space nearby. We suggest to use public transportations to get to the venue.
*Parking lots and nearby roads are crowded on weekends.
We ask that you refrain from driving and instead come via public transportation.